As the representative for 12 victims in the deadly crash of Lion Air Flight 610, I commend Boeing for offering condolences and accepting responsibility today for that crash as well as that of Ethiopian Airlines Flight 302. I believe the company and its CEO are genuinely sorry. But Boeing owes these crash victims much more than sympathy.

Boeing CEO Dennis Muilenburg today acknowledged the preliminary cause of both crashes appears to be a faulty Boeing sensor coupled with faulty Boeing software. That mirrors the conclusion of the official preliminary report on the crash of Flight 302, also released today.

Yet even after the second crash, Boeing continued to insist its product, the 737 MAX, was safe. The company urged the FAA not to ground its jets and assured airlines that the planes were airworthy. Meantime, behind the scenes, the company was furiously working on a software ‘fix’ to a problem the company wouldn’t publicly acknowledge. These actions show the company was willing to continue to gamble with the lives of the flying public, even after the deaths of 346 people.

The public learned shortly after the crash of Flight 302 that Boeing tried to upcharge airlines for a warning light that could have alerted pilots to the very danger that apparently brought down these two planes, rather than including the light as standard equipment. Once again, the company chose profit over public safety.

Boeing now owes it to the flying public to immediately recall the 737 MAX jets until an engineering review can be completed and certified by the FAA.

While the company’s public face is offering its sympathies to the families, its litigators are fighting against those families’ interests. Boeing’s lawyers are working to keep the wrongful death cases out of US courts where the victims will get a fair hearing and just compensation. Instead, the company wants these claims heard in Indonesian and Ethiopian courts where victim compensation is likely to be much lower.

KBK is representing several families impacted by the Lion Air crash and has partnered with Steven Heart of Hart McLaughlin & Eldridge and Sanjiv Singh, A Professional Law Corporation, to ensure families affected by both Boeing crashes know their legal rights and how to exercise them. We encourage those impacted by these senseless tragedies to contact us for a consultation.

If you have been impacted by the Boeing Crashes, you may have a case. Contact us below for a free consultation 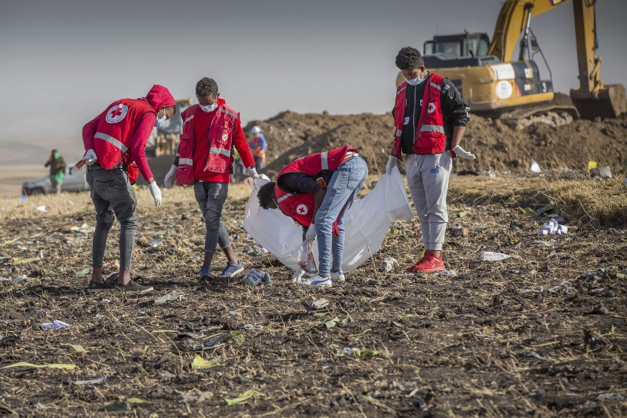 In an all too familiar scene, rescuers are at work on the scene of a Boeing 737 Max 8 crash. The brand-new plane crashed shortly after takeoff Sunday, March 10th killing all 157 people on board. The pilot, a senior Ethiopian Airlines pilot with an “excellent flying record” according to Ethiopian Airlines CEO Tewolde GereMariam, reported technical problems after takeoff, was cleared to turn back, and crashed shortly after. Citizens of 35 countries were among the 157 people killed on Flight ET302 including 22 United Nations employees and 8 Americans.

While the cause of this crash is still under investigation, airlines worldwide are grounding Boeing 737 Max 8 airplanes. As the investigation unfolds, it is important that those impacted by this tragedy understand and preserve their legal rights. KBK is partnering with Steven Heart of Hart McLaughlin & Eldridge and Sanjiv Singh, A Professional Law Corporation, to ensure justice is served and Boeing is held accountable.

If you have been impacted by the Ethiopian Airlines Flight crash, fill out our free consultation form

On October 29, 2018, a Boeing 737 Max 8 nosedived into the Java Sea after takeoff. The horrific crash took the lives of all 189 people on board and is still under investigation.

Early indicators reveal that Boeing may be responsible this horrendous loss of life. Investigators are examining whether problems with the Boeing 737 Max 8’s stall-prevention system caused the crash and preliminary reports indicate sensors sent incorrect information to the aircraft’s flight control system leading to the accident. As a result of these preliminary reports, family members of victims have filed suit against Boeing in the United States with the most recent case being filed in Seattle on March 7, 2019, just days before the Ethiopian Airlines crash.

KBK is working in partnership with Steven Heart of Hart McLaughlin & Eldridge and Sanjiv Singh, A Professional Law Corporation, to promote justice for the families and victims of Flight 610 by filing suit in the United States. If you have been impacted by the Lion Air Flight 610 crash, the attorneys at KBK are here to help.

If you have been impacted by the Lion Air Flight Crash, contact us for a free consultation. 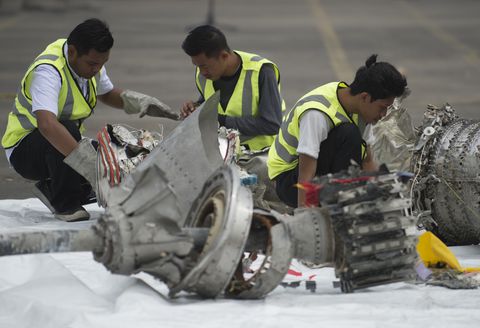 KBK’s Brain Kabateck speaks out about mounting safety concerns with the Boeing 737 Max 8 on the Today Show.

The KBK team is our most valuable resource and the reason for our success.
The KBK justice team is committed to holding those who contributed to this horrific loss of life accountable by filing suit in the United States. If you have been impacted by the Boeing Flight Disasters, the attorneys at KBK are here to help.

Kabateck LLP is a nationally renowned plaintiff’s firm that litigates complex cases with an impressive record of success. KBK has recovered more than a billion dollars in verdicts and settlements for its clients. These notable victories have made a significant impact in the legal community and resulted in better consumer protections in the areas of personal injury, insurance bad faith, pharmaceutical litigation, wrongful death, class action, mass torts and disaster litigation. KBK is a full-service contingent fee law firm that values every case equally and is committed to maximizing recovery.

The firm’s landmark cases have received extensive, national media coverage. Founding and Managing Partner, Brian Kabateck is frequently requested by news outlets to provide insight and commentary on all legal issues. Because of his deep knowledge of the law and dynamic speaking style, Mr. Kabateck is a frequent contributor to national, local and legal media outlets. He makes regular appearances on CNN, MSNBC, CBS, NBC, ABC, FOX and CW stations. In addition to his television, radio and print exposure, Mr. Kabateck often speaks at seminars, law schools and industry events.