Kabateck LLP is a nationally renowned plaintiff’s firm that litigates complex cases with an impressive record of success. We have recovered over $2 Billion in verdicts and settlements for our clients. These notable victories have made a significant impact in the legal community and resulted in better consumer protections in the areas of personal injury, insurance bad faith, pharmaceutical litigation, wrongful death, class action, mass torts and disaster litigation. Kabateck LLP is a full service contingent fee law firm that values every case equally and is committed to maximizing recovery.

The firm’s landmark cases have received extensive, national media coverage. Founding and Managing Partner, Brian Kabateck is frequently requested by news outlets to provide insight and commentary on all legal issues. Because of his deep knowledge of the law and dynamic speaking style, Mr. Kabateck is a frequent contributor to national, local and legal media outlets. He makes regular appearances on CNN, MSNBC, CBS, NBC, ABC, FOX and CW stations. In addition to his television, radio and print exposure, Mr. Kabateck often speaks at seminars, law schools and industry events.

As a past President of the Consumer Attorneys of California, Mr. Kabateck worked tirelessly with legislators, victim’s advocates and industry leaders and now chairs the political campaign to pass Proposition 46, also known as the Troy and Alana Pack Patient Safety Act. This is the first political initiative of its kind to mandate drug and alcohol testing for doctors. In addition to his work as President of the Consumer Attorneys of California and his tireless effort championing change in the MICRA law, Brian Kabateck has continued to secure impressive results for his clients. 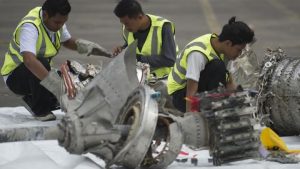 Have you or a loved one been abused by USC’s Dr. George Tyndall?

Deadly California Wildfires have destroyed thousands of homes and businesses.