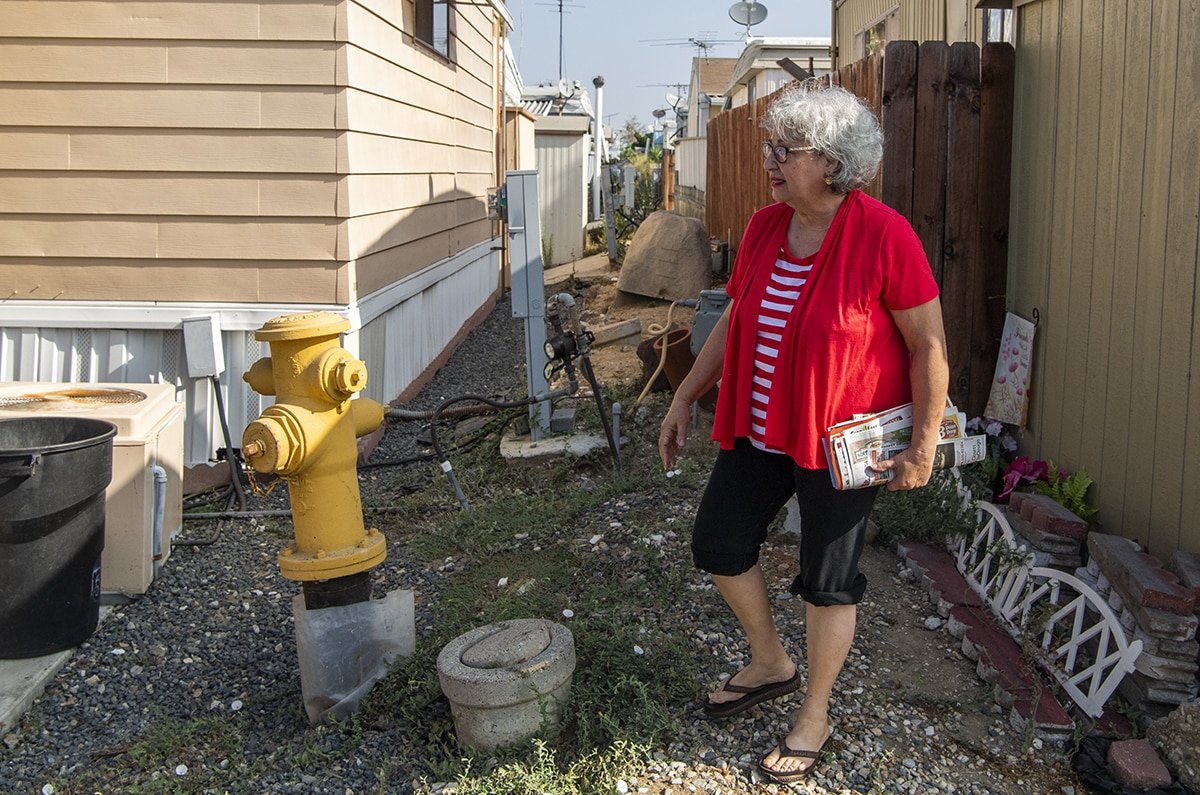 Residents of a North Long Beach mobile home park who were awarded close to $40 million by a jury after suing the former owners over numerous health and environmental issues will also receive a portion of proceeds from the recent sale of the property, their attorney says.

Lawyers representing the park’s residents said the sale was a win for the residents, who, for years, have been locked in legal battles with the park’s previous owner.

“It’s at least one time where there’s a happy ending,” attorney Brian Kabateck said. “There is a happy ending, and for a lot of people it’s been life changing for them.”

Maurice Priest, ACI’s principal and affordable-housing advocate, told the court that he intends to “manage, operate and maintain the property, so that families can continue to live there and not lose the investment they have made in their homes.”

The land where Friendly Village is located was a former trash landfill for the city before it was converted into a mobile home park. Methane gas trapped underground from the garbage buildup began to shift the ground beneath the homes. Streets throughout the park sank, exposing sewage pipes and water lines.

In 2013, the county public health agency found methane levels near trash bins at the park were near “explosive levels.” In 2016, the state later recommended excavating the underground landfill to relieve pressure from the gas.

The residents subsequently filed a lawsuit in 2017 claiming that the property owner, Kort & Scott Financial Group, had left them in an inhabitable situation. A jury in 2019 awarded the residents $34 million in punitive damages, in addition to $5.5 million for damages.

The recent auction sale of Friendly Village will add additional settlement payments to about 100 families who filed claims when the former owner filed for bankruptcy, Kabateck said.

“It’s really hard to even estimate—to anticipate the question of how much of that money they are going to receive,” Kabatech said.

Many of the residents, some who were retirees or elderly, were able to move out of the property after receiving six-figure settlement payments, the attorney said.

The actual sum of the settlements will be distributed within the next 60 to 90 days.

“That will end the entire history of the lawsuit, complaints, everything like that,” Kabateck said. “It’s our hope that the new owner will live up to its promises, and make this a better place for all these folks to live.”

Ray Boucher, an attorney representing the mobile home’s previous owners, did not immediately respond to calls for comment.

Richard Marshack, the trustee overseeing the sale of the property, said several companies inquired about buying the property, but turned down the offer because the cost to remediate the land was too costly. Marshack said he was confident Priest and ACI Friendly Village, Inc. will make substantial improvements on the property and improve the community for all the tenants.

Priest said he is conducting meetings with environmental experts to determine how they can improve the former landfill that is now home to over 170 residents.

“We consider it an opportunity to do good work,” Priest said. “This is a challenge that we volunteered for, and now we get to work.”